Ibrahim Of The Desert

Ibrahim picked us up in Fez, to begin our 11-day trip through the rural parts of Morocco. First to the Sahara Desert, and then to the mountains. 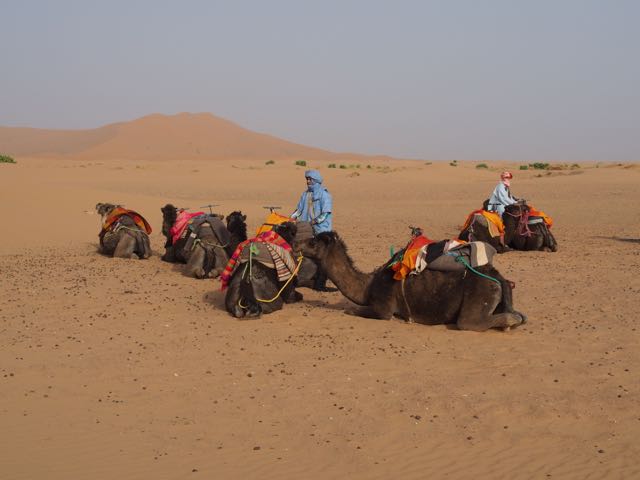 No one is better-suited to be our driver and guide: Now in his thirties, Ibrahim was a nomad in the desert himself until he was 17 years old. One of 9 children, his childhood was spent tending his family’s flocks of goats and sheep. Camels were their means of transport as they moved from place to place, following their herds in the search for food and water. They lived pretty much as their ancestors had for hundreds of years before them. Due to drought, many of his family’s animals died. They sold what was left and moved to the village of Merzouga, which happened to be our destination at the edge of the Sahara.

Though he is devoutly Muslim, Ibrahim is Amazigh, the aboriginal people who lived in North Africa for thousands of years before Arabs and Islam arrived. He never went to school, and his parents taught him to read and write his native language of Tamazight. There are several tribes who speak different dialects of Tamazight. Some like Ibrahim’s people are from the desert, while others live in the mountains; there are still nomads in both regions. The Amazigh also call themselves Berbers, which means “free people.” When the Romans were in North Africa, the Berbers caused no end of trouble in their struggle to remain independent of Rome. Hence the Latin word “barbarian.”

Once they moved to Merzouga, Ibrahim taught himself to read and write Arabic. In addition, with the help of tourists and YouTube, he even taught himself English, French, Spanish and German. He speaks all of them very well, somehow even learning the complexities of German grammar. Yvonne laughed so hard she cried, as Ibrahim did a perfect parody of the Swiss German accent.

Marriages used to be arranged, and often they still are. Ibrahim’s parents never saw each other’s faces until they were married. That is slowly changing, at least in the villages. Ibrahim was attracted to a beautiful girl whom I’ll call Fatima. He had his sister ask Fatima if she was interested in marrying him. When Fatima said yes, he gave her a cell phone so that they could talk privately. For a year, he would secretly pick her up at her house after both sets of parents were asleep, just to get to know each other.

If either family had found out about their late-night conversations, it’s possible Fatima might never have been able to marry; regardless of explanations, her honor would always have been in doubt. Finally, he told his parents that he wanted to marry Fatima, and the agreement between families was made. When he later shared the secret with his mother, she was horrified. 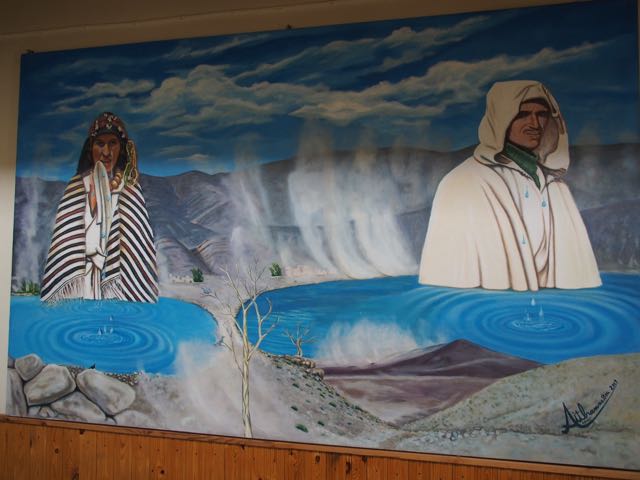 When we listen to Amazigh music in our car (commonly a back-and-forth between male and female singers) and I ask Ibrahim about the lyrics, they are often about the artists’ desire to choose their own spouses. There’s a legend in the mountains about a man and a woman who loved each other, but their parents wouldn’t let them marry. Their grief was so deep that their tears formed the adjacent lakes of Tislet (“bride”) and Isli (“groom”). Fortunately, that wasn’t the story for Ibrahim. While we rode camels and camped in the desert, he was able to spend the night with his family.