In the beginning: dark, damp soil. A small, black plastic pot of hope. Nothing seems to be growing but my own impatience.

A few evenings later, the dirt has begun to mound and rise, swelled by a pushing from below. In the morning a white nub has appeared below the broken surface of the soil. By evening the protuberance has thickened, a loop of pale white rope tinged with green. The next morning a head is crowning, something large and thick and green dragged up out of the dirt. By the end of that same day, the head has revealed itself, the stalk straightening and hoisting up the bean from which this miracle was born. 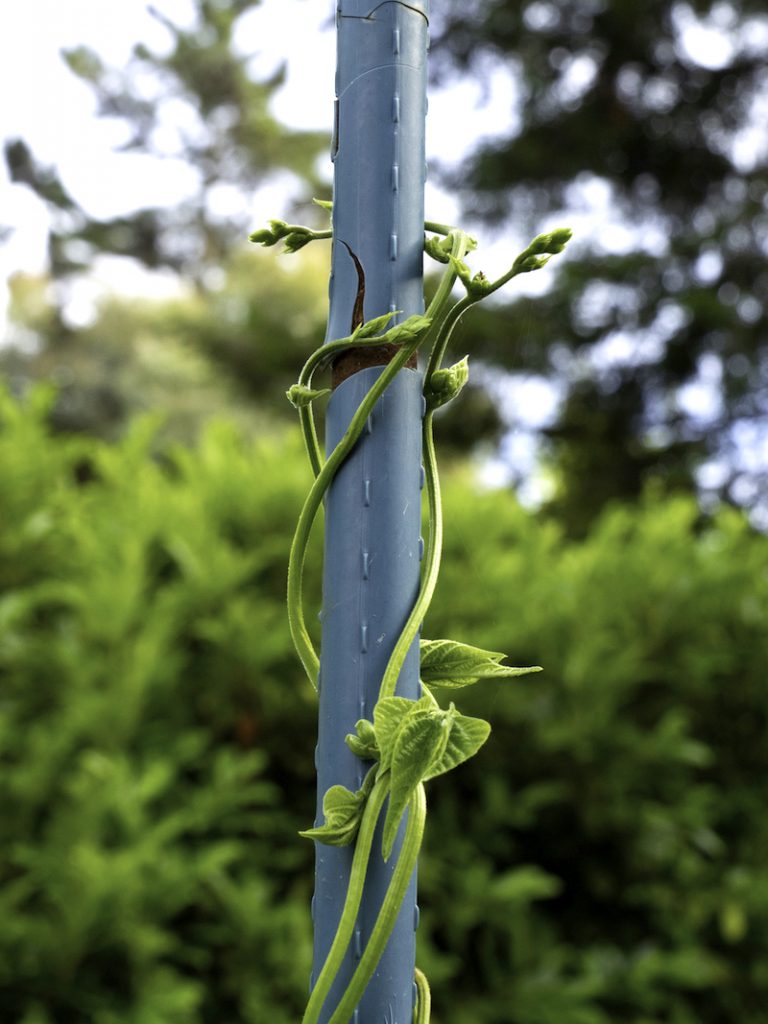 Another day and leaves unfurl like the wings of a newborn butterfly, the bean split into drying halves that hang limp from the stem. A week later and the plant is over six inches tall with broad, heart-shaped leaves, and between them: another nub, green and tender, the beginning of a vine. Once planted in the ground it will reach for its support pole and then, finding it, wrap itself counterclockwise—always counterclockwise—and upward, sprouting leaves and flowers and bean pods and clinging to everything it touches. It will grow over six feet long, topping the pole, still reaching skyward until, finding nothing to hold, it will collapse gently onto its neighbor and they will wrap themselves together in a season-long embrace. In two months, I’ll be picking beans and steaming them for dinner.

Until now, I hadn’t paid close attention to how seeds grow. My life for the last few years has centered on travel and so I usually buy plants, put them in the ground, and set my drip irrigation system. While I’m away somewhere vegetables pop out, ready to pluck and eat on my return.  But like all Californians, I’ve been cloistered at home for months along with my family, and I don’t know when I’ll be able to travel again. I’m longing for the newness of places I’ve never been.

Yet, newness is all around me: the spider skittering across my patio with an enormous egg sac; the constant squawks, growls and honks of the blue herons that nest in a hundred-foot-tall eucalyptus down the street; the heady aroma of compost, fungi and microorganisms in the freshly turned soil of my vegetable beds. 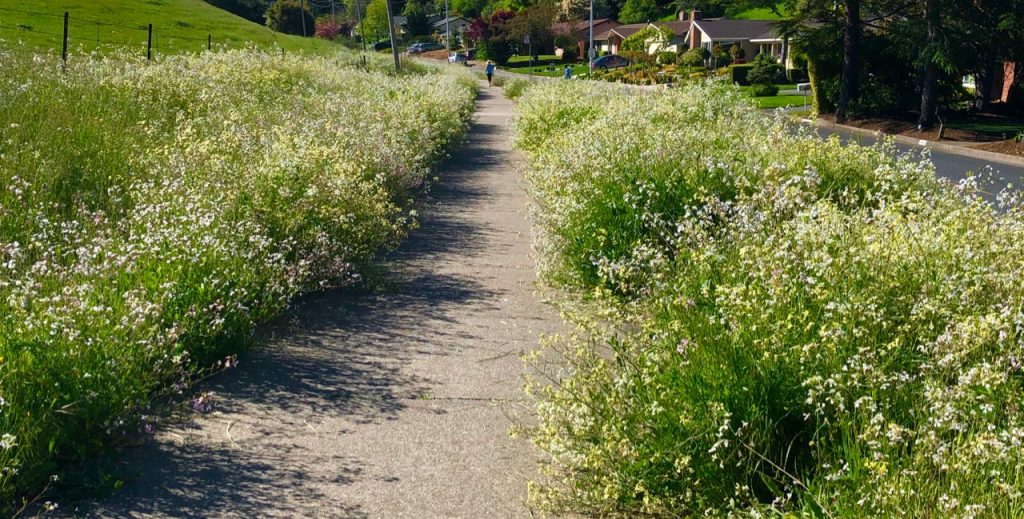 Wild radish, four feet tall, billows with flowers of white, pink, and pale yellow for hundreds of yards along a paved path near my home. I’ve walked that path for over twenty years; how is it that I’d never noticed those prolific blooms until now? I startled a crow on the sidewalk and as it exploded into the air, I thrilled to an unexpected shrok-shrok-shrok from its wings, like a muffled hand saw enthusiastically cutting wood.

Unlike the beans, my basil seedlings are growing very slowly. They took the same time to germinate but have hardly changed in weeks. Are they ill, or are they secretive, preferring for now to let their roots do the growing, out of my view?

I don’t know what the future holds, for them or for me. While I wait, I’m delighting in the present. The laughter of the Amazon driver who said, “You made my week!” simply because I smiled and said good morning; the rush of a crow’s wings; sounds as memorable to me as the haunting call to prayer I once heard sung by a quavering old man in Chefchaouen, Morocco.

When I can travel again, I hope I’ll continue to be enthralled not just by what’s exotic, but also by what’s right in front of me. 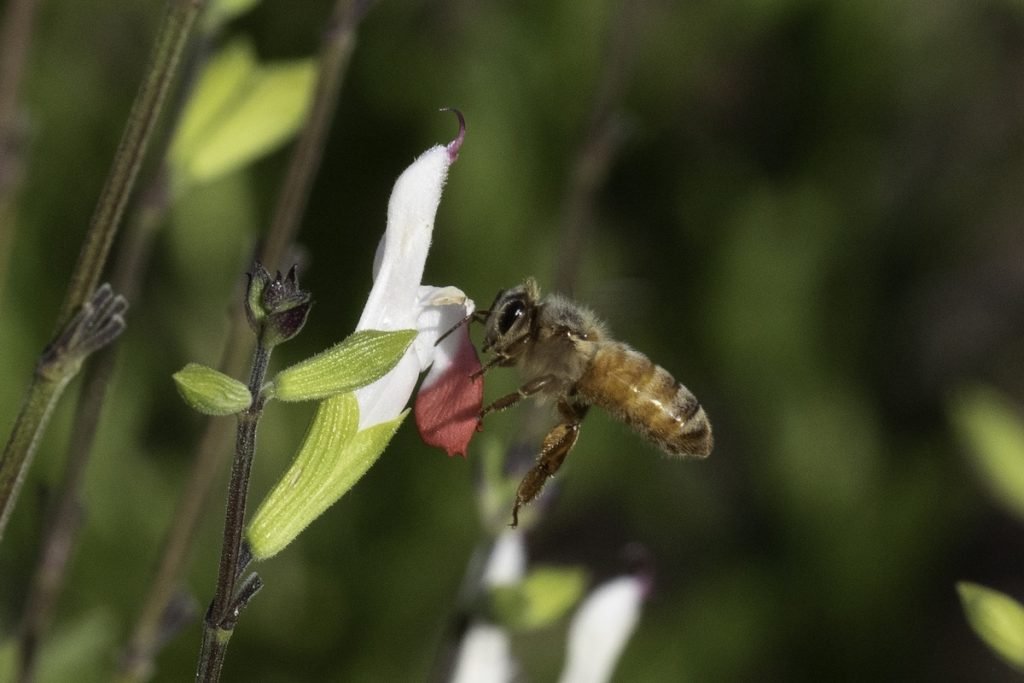 PrevPreviousAll We Have To Do Is Breathe!
NextMike Recorded His First Podcast!Next