All around me was an utterly alien landscape. I tried to slow my breath, to be still, to float as quietly as I could. A forest of soft, beige coral swayed gently in the bluish-green light. A perfectly camouflaged pygmy seahorse, only 1/2-inch long, clung to an enormous fan coral with its tail. 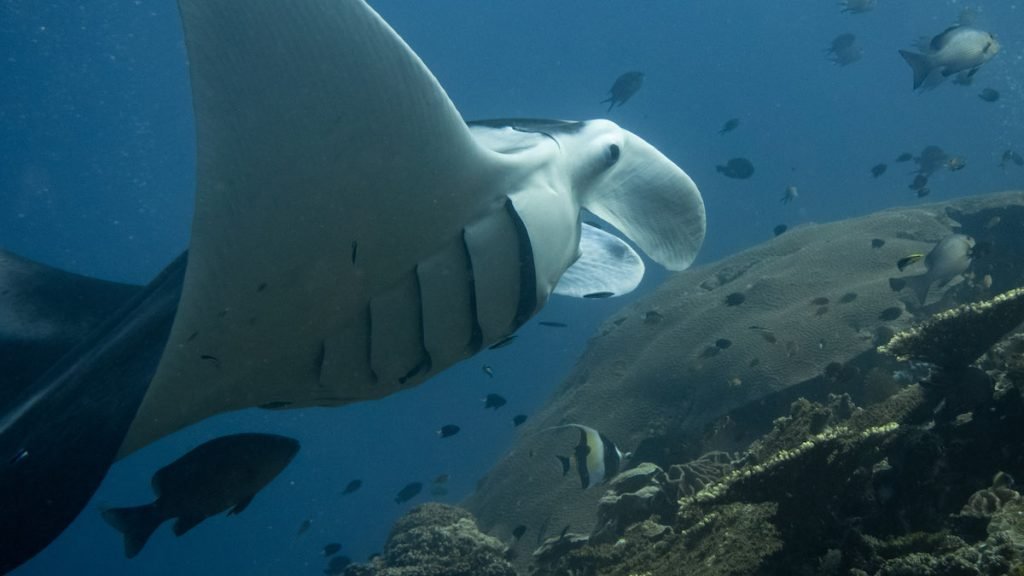 A manta soared over my head and hovered over a bommie—a mounding mass of corals covered with a thousand different kinds of life—to be cleaned by the fish who lived there. 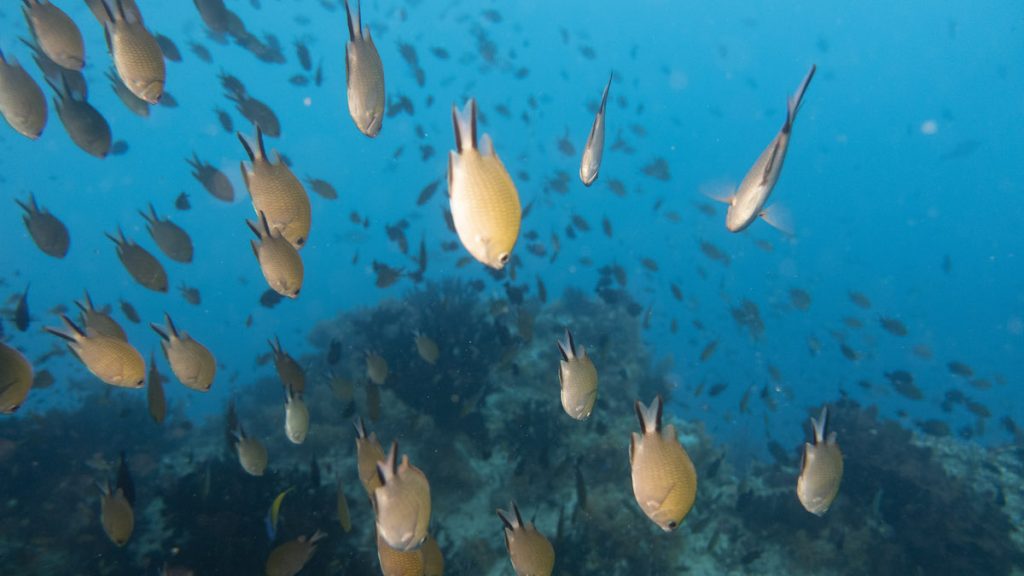 And the fish, millions of them, hundreds of species, some alone, some in schools of thousands, were everywhere, flying this way and that like a three-dimensional, underwater version of Shibuya crossing in Tokyo. An endless army of blue-and-yellow fusiliers cruised slowly to my right, then inexplicably and simultaneously reversed direction.

I was diving fifteen meters below the surface in Raja Ampat off West Papua, Indonesia, on the other side of the planet from my home in California. Raja Ampat is the most biodiverse marine environment on Earth. Seventy-five percent of all species of hard coral are found there along with over 1700 species of fish. Its reefs are, for now, astoundingly pristine. 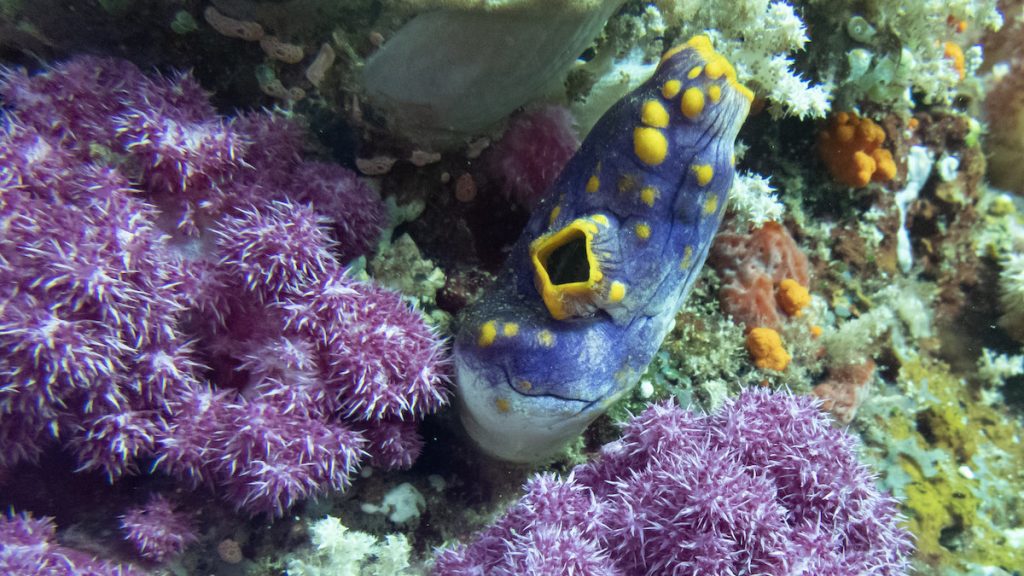 Yvonne and I have snorkeled and dived in Hawaii, Fiji, and Bora Bora, but Raja Ampat was on a scale of wonder all its own, every dive a one-hour swim in an 85° F aquarium featuring an endless rainbow of coral, fish and invertebrates: blue-and-yellow sea squirts, scorpionfish, pipe fish, mantis shrimp, Napoleon wrasses, wobbegong sharks and nudibranchs, to name just a few that I hadn’t seen before. 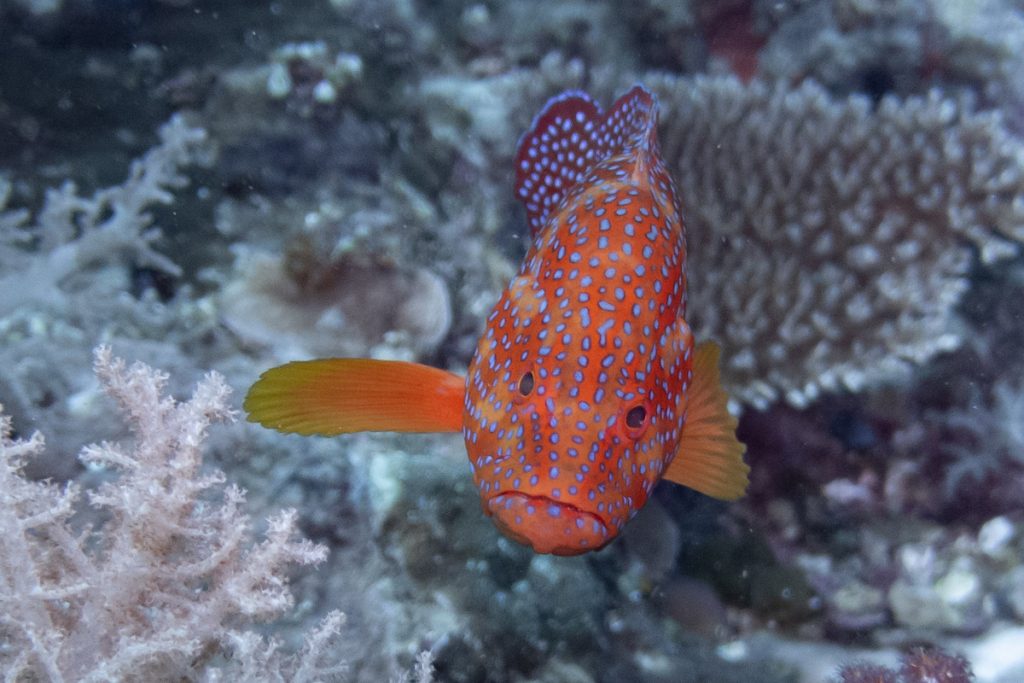 Three times a day for eleven days on a traditional Indonesian schooner, purpose-built for liveaboard diving excursions. Here was our usual schedule, except when an occasional fourth dive at twilight skewed the snack/dinner period: 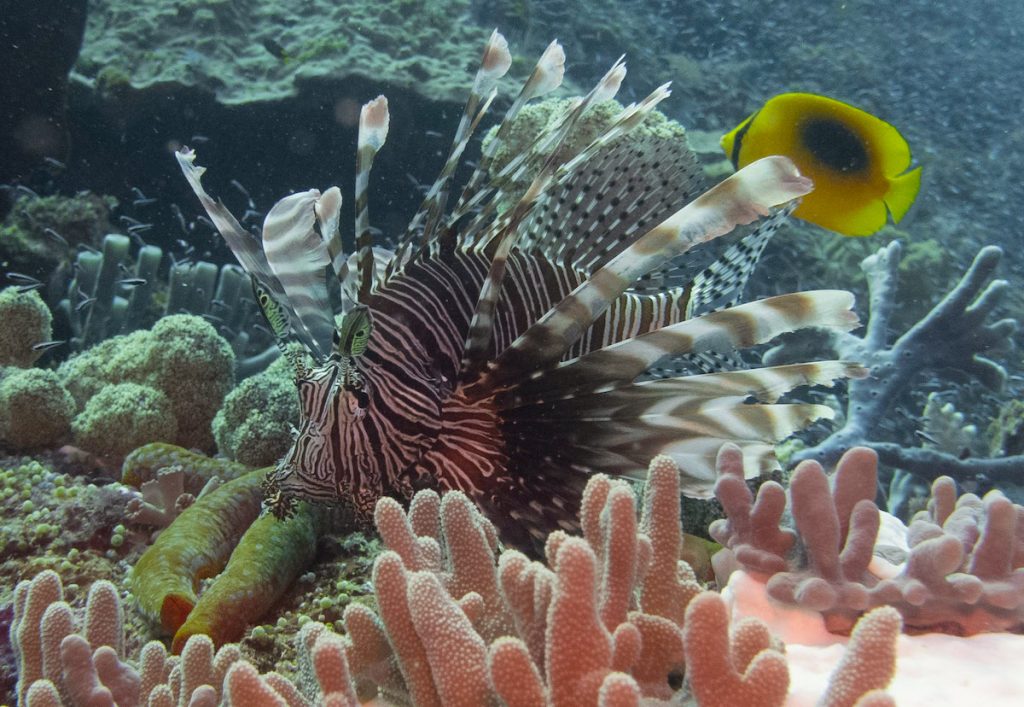 I had a blast taking photos and video, though I often used too much air as I worked hard to position myself properly—I’m not a highly experienced diver. I discovered a bit late in the adventure that good buoyancy skills and minimal movement didn’t just improve my enjoyment of diving; they made for better pictures. Of course, after the twentieth sighting of lion fish, I also felt less compelled to go out of my way to photograph them.

Our cruise director was also a videographer, and two passengers were professional underwater photographers. I felt some serious tech envy when I compared my camera to their equipment: $15,000 spidery monsters with multiple jointed appendages brandishing lights and retractable tripods. But I’m happy with many of my images, especially since it was my first time shooting underwater. 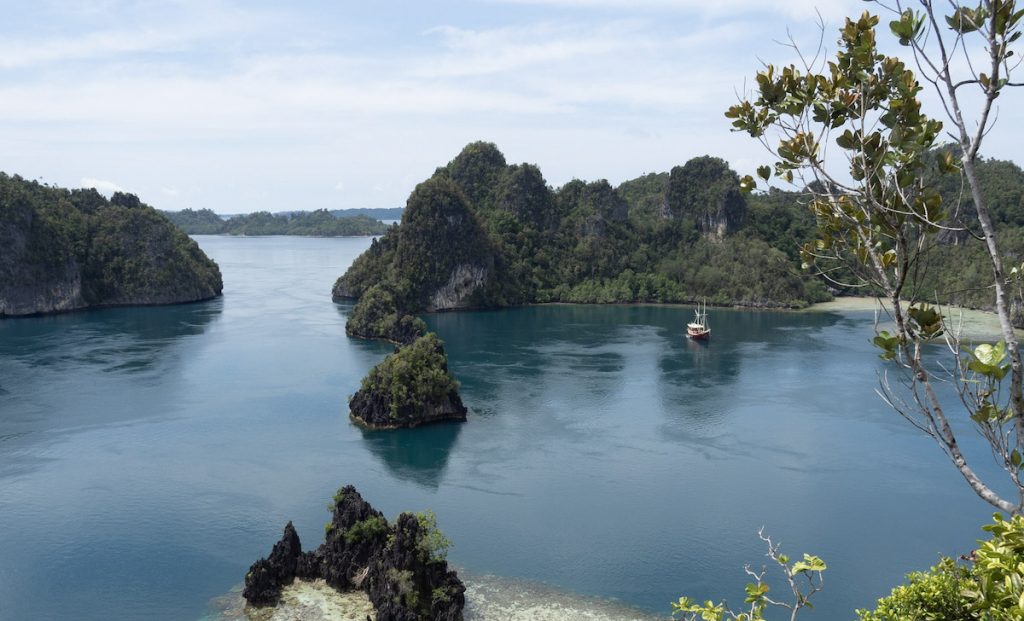 The world above the surface was a classic tropical paradise. Just the small region in which we traveled was filled with hundreds of jungle-covered karsts surrounded by coral reefs and azure water.

On the morning of our final full day, we grabbed our snorkel gear—sans fins—and hiked up through a steep jungle over rocks and roots to a ridge, and down again to perhaps the most remarkable place I have ever visited: a salt water lake connected to the sea by underground fissures, filled with tens of thousands of stingless golden jellyfish. 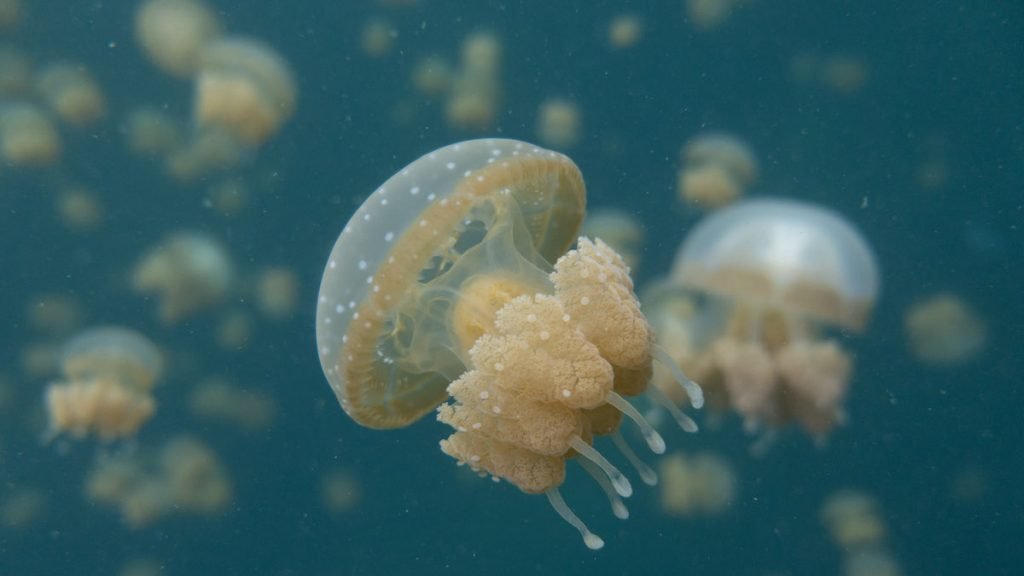 They have evolved a symbiotic relationship with the algae that lives inside them. The jellyfish spend their days feeding their lodgers, swimming up to the surface for light, then down to the bottom for nutrient-rich water, back and forth forever. In return, the algae provide them the energy they need to survive.

Swimming with them was like floating in a blue-green, extraterrestrial ocean. The delicate creatures pulsated all around me, wandering blind, sometimes gently colliding with each other. When they collided with me, it felt like a cross between a dollop of jello and a soft baby’s bottom. I smiled, they moved on.

We returned to San Francisco mid-February, just as COVID-19 was beginning its march through Asia to the United States. As I “shelter in place” this evening, I can enjoy these images of the wonderland we visited only last month, now temporarily out of reach to everyone. When I was there, I’d go to sleep at night and dream of floating among the corals. These days, I dream about going back.

PrevPreviousVolunteering in Siem Reap, Cambodia
NextAll We Have To Do Is Breathe!Next