Ask most anyone, anywhere, about a local tourist destination or activity, and there’s a good chance that they haven’t seen or done it. I’m no different. Have I driven down Lombard Street, the Crookedest Street In The World? Ridden the Napa Wine Train? Visited the Conservatory of Flowers in Golden Gate Park? Ridden a Segway along the San Francisco Marina? No, no, no, and no.

Since we returned from two months in Morocco, Yvonne and I have been wondering how to keep that traveling spirit alive without having to necessarily get on a plane. And here you have the result: We’ve decided to be tourists in our own back yard, and do things in the San Francisco Bay Area that we haven’t done before. Of course, we’ll have to squeeze those activities between the plane trips we do have planned… 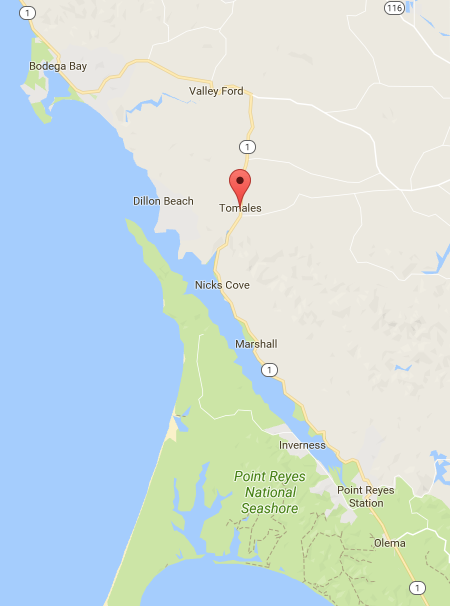 The first stop in this occasional series is West Marin.
We wanted to get away from the beautiful but boring suburb that is our home town, and see the ocean. So off we went for 2 nights, to a beautiful B&B cottage which is just a short walk from the tiny town of Tomales.

The cottage is set on a small apple orchard run by Jan and Louis Lee, a (sort-of) retired couple. They grow forty different varieties of apples. Every single one– all 15,000-18,000 pounds of them– are picked solely by Louis. And they all go into the 500-600 gallons of certifiably delicious hard cider they produce every year. We were amazed that one couple could manage the whole process, from growing to bottling, entirely on their own. 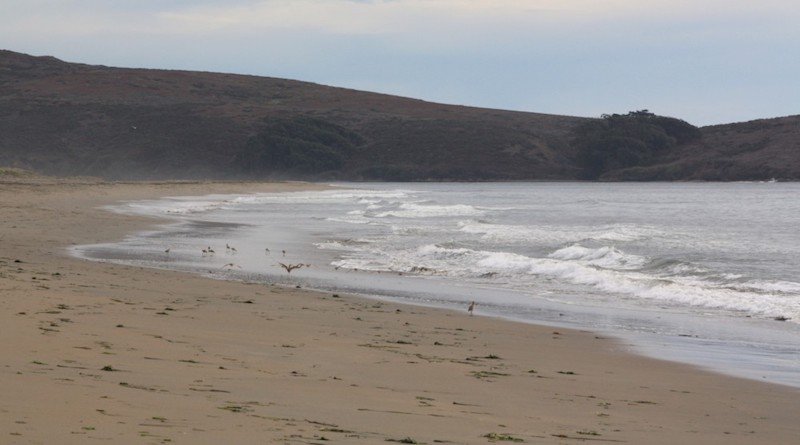 We settled in and then took the short drive to Dillon Beach. Neither of us had been to Dillon Beach before. There’s actually a little town down there, but we didn’t spend any time exploring– the beach beckoned. We walkedÂ on the beautiful sand for over two miles, south all the way to the mouth of Tomales Bay. There is nothing more relaxing than walking on a sandy beach, except for lying down on one. So we did that for a while too.

We had dinner at a restaurant called Nick’s Cove in the nearby town of Marshall.Â The food was creative and tasty, but overpriced, in my opinion ($3 each for oysters that looked like they came out of Honey I Shrunk the Kids). Right next to the restaurant was a long pier with a broken-down shack at the end of it, with smoke drifting from the chimney and string lights decorating the roof line. We could hear distant music and laughter whenever the evening breeze blew it our way. It begged us to visit. We wandered up to find a man playing Chopin on an ancient, out of tune piano while a family played cards next to a roaring fire. It was like a tiny, rustic old lodge sitting over the water, warm and welcoming.

We eventually returned to our cottage, where we played Scrabble. I am delighted to announce to the world that I destroyed Yvonne. Beating her at Scrabble makes any vacation worthwhile. And it almost never happens, so it’s important for me to gloat when I can.

The next day we visited Bodega Head, which is a huge grassy promontory with the bay on one side and the ocean on the other. 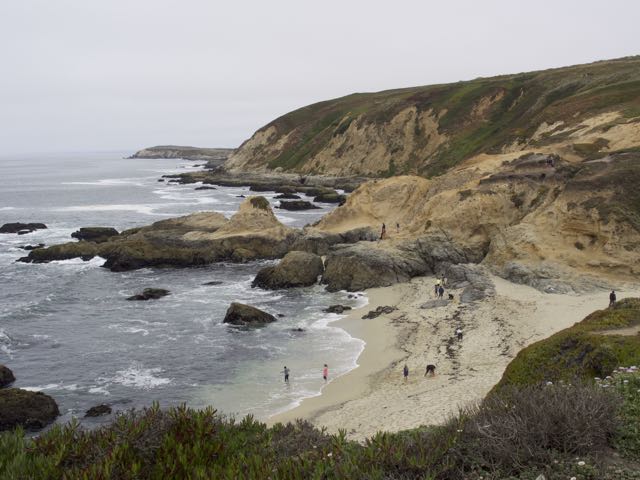 On the ocean side, there’s a small island too far out to visit without a boat, but close enough that you can hear the sea lions and birds as the wind blows their voices shoreward.

That evening, we sat by the window in the Tides Wharf Restaurant in Bodega Bay. There was no sunset; it was hidden behind the grey, overcast sky. While we waited for our food, Yvonne read me a wonderful fable from a collection of Moroccan stories called The Last Storytellers. 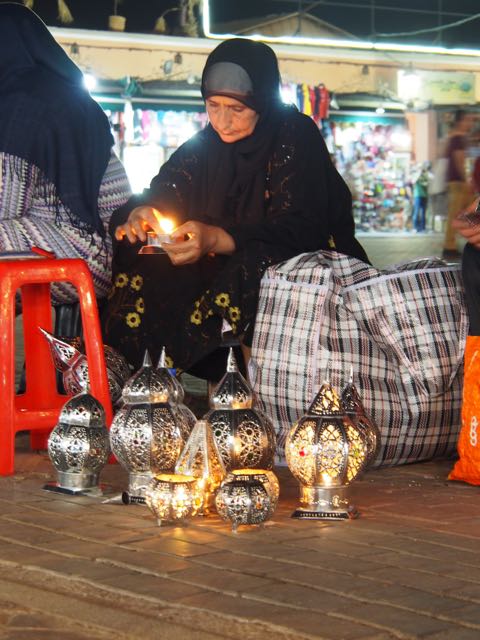 It’s about a poverty-stricken sweets-seller, who leaves Marrakesh to seek his fortune carrying only a cheap tin-and-glass lantern. I watched the waves lapping outside our window on the darkening bay, while the sweets-seller walked across the High Atlas Mountains and the barren plains beyond. He was carrying the same kind of lantern that we saw for sale in the Jemaa el-Fnaa.

When Yvonne was done reading that story, I picked out another one and read it to her. When our food arrived, we closed the book and returned to present-day California. Our cocktails, clam chowder, and steamed mussels were all excellent. Afterward, we drove back to our cottage through thick fog and darkness.

The next morning was clear and sunny. We packed our things, bought some cider from our hosts, and headed south along Tomales Bay to Olema. We unloaded our bikes, bought a sandwich at the deli, and rode about 6 miles on the quiet and beautiful road to Inverness.

Behind the market in Inverness, there’s a picnic table right by the water. Â We stopped there for lunch and enjoyed the view of this beautiful bay. After nearly an hour, we mounted our bikes again and rode back to our car.

And sadly, our getaway was nearly over. We headed east toward civilization, through the grassy hills and the redwood trees of Samuel P. Taylor park, finding more and more traffic as we headed toward the Richmond San Rafael Bridge. Relaxed and at peace as we drove home, we were as happy in the rush-hour traffic as we had been at Bodega Head. It’s all a state of mind, really. But sometimes you have to go somewhere outside your usual world to find the joy that was inside of you all along.