After leaving the hair salon, I took the short walk to the corniche along the beach as the muezzin called the faithful to prayer, and waited to hail a taxi to the medina. On the narrow strip of grass sandwiched between the busy boulevard and the paved sidewalk, a man stood barefoot on an old piece of cloth. At first I thought he was talking to himself, but then I realized he was facing Mecca and praying. He prostrated himself several times, lost in devotion as the traffic whizzed by. In the U.S. we would think the man is crazy; here, it’s just life.

My second mission for the day: A visit to the American Legation, a small museum in the medina and the site of the oldest American diplomatic presence in the world. Getting to the Legation is an exercise in orienteering. Travel books tell you how to get there, but despite my having walked through the Tangier medina several times, the instructions were useless. I never would have found it without Google Maps on my phone and many wrong turns. Were I to attempt a second visit, it would still be difficult for me to find.

The Legation is the only National Historic Landmark outside of the United States. Morocco was the first country to acknowledge American independence in 1777, long before our revolutionary war was over. The history housed in this former mansion is fascinating, and even includes a letter from George Washington acknowledging the Sultan’s offer to establish economic relations. 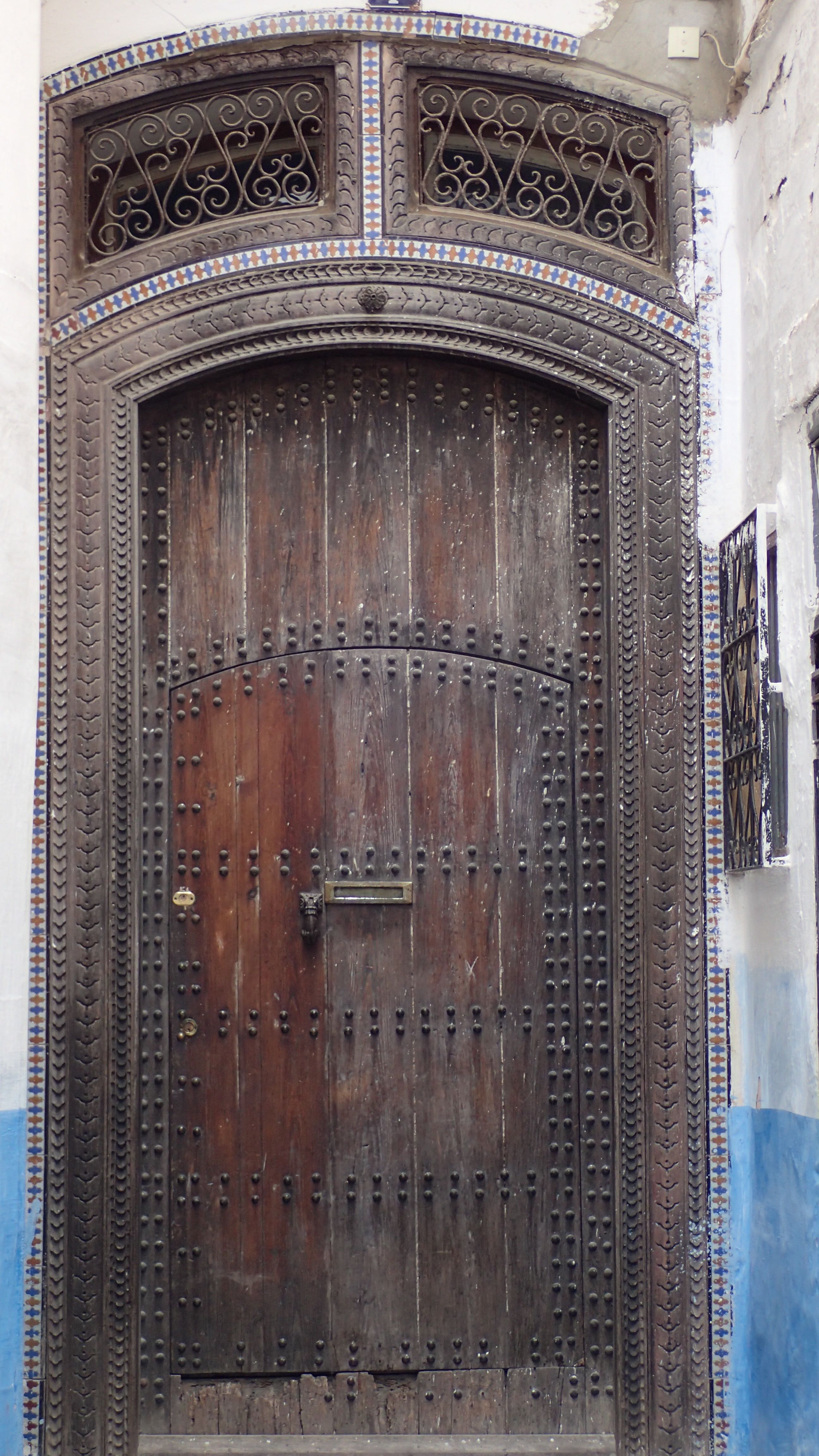 When I was done at the Legation, I attempted to leave the medina for my third and final exciting mission for the day: Finding a place to do my laundry.  I knew that to get out, I needed to head toward the water. I followed the warren of narrow alleys downhill, but couldn’t identify a clear exit route (of course I could have used Google Maps again, but that wouldn’t have been any fun). I passed a beautiful old door and took a photo. A few minutes later, I passed the same door again! And then I found myself back in front of the Legation. Frustrated yet amused, I managed to work my way to an open area called petit socco. Now I was tired, so I sat at the cafe there and ordered an espresso with milk.

And here with a delicious coffee, something shifted for me. I watched life go by: An enormous group of Spanish tourists, led by a guide in a djellaba, gathered in front of me. Men carrying pendants, scarves, plates, jewelry, and wooden camels came around, hawking their wares to the tourists. An older American couple sat down next to me. The man ordered a beer. A vendor offered them leather belts that I knew were worth at most $3, and they bought one for $10. Now more hawkers came around, vultures gathering around this fresh meat.

Through all of this I sat, feeling an incredible sense of calm. I was just enjoying the show. Eventually someone noticed me and showed me some chotchkes. Before, I would have felt defensive and shooed him away; today I was completely relaxed. I admired his wares, and kindly said, “They are beautiful, but I’m not shopping today. Maybe I’ll see you again later, inshallah.” He replied, “inshallah” and moved on. 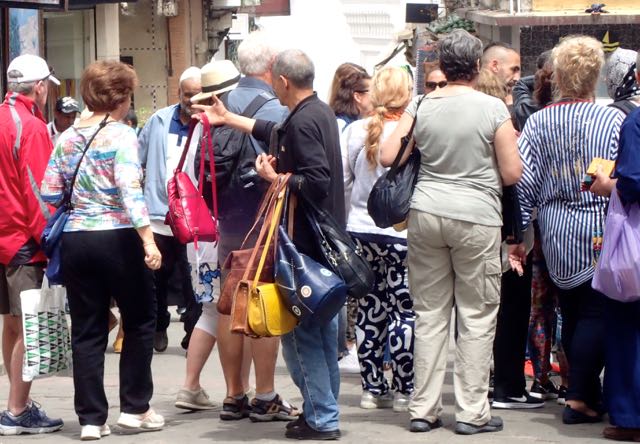 Another man came over, offering me a small, solid-brass camel. I picked it up, admired its heft, and politely declined. The Americans had now bought several overpriced souvenirs and were complaining to the hawkers that they had no more money. The husband gave me a tired smile and said, “You may as well buy it, you won’t be able to do it tomorrow.” I replied, “Actually, I can buy it tomorrow.” The hawker overheard this, assumed I was living here, and his attitude toward me changed completely. “I’m sorry if I’m bothering you,” he said. “I’m just trying to make a living.” I smiled and told him it was fine, don’t worry about it. And he left.

Eventually I got up, paid for my coffee, and started my walk down the now-obvious road out. I passed a man sitting outside his jewelry shop. He asked, “Where is your wife today?” I knew his face but couldn’t place it, and he reminded me of our visit to his shop a few days ago. This time, he never asked me to go inside. We talked for about 10 minutes and then parted warmly.

Today I went back to the same cafe. The hawker with the brass camel happily recognized me, and we exchanged pleasantries. This is why I appreciate Morocco, and why I would like to try living abroad for a while, somewhere. To get to know a place and its people, to feel a sense of community, if only for an afternoon. Even in the middle of the medina, where tourists are often nothing more than income on two feet, it’s possible.