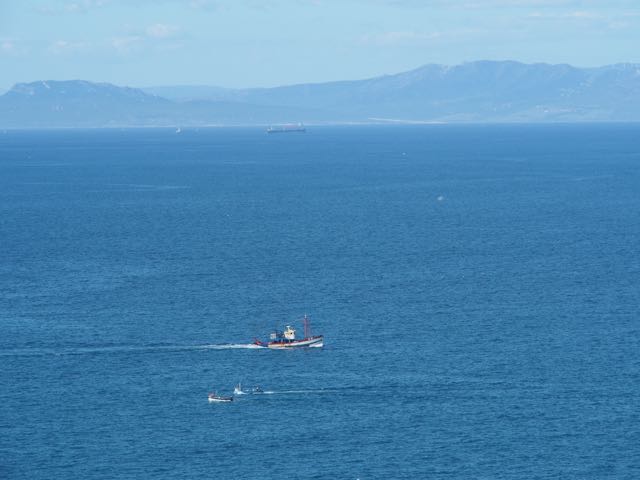 Tangier has an extremely shady 20th century history, borne of its time as an international zone. Writers, spies, artists and pirates from around the world have all spent time here. But that’s the past of Tangier (though the artists and writers do still come). Now, it’s a weekend vacation spot for Spaniards and Moroccans alike, and the main boulevard along the beach is full of high-rise hotels, restaurants, and nightclubs. The long corniche (boardwalk) runs the entire 2km length of downtown along a sandy beach, inviting visitors to stroll. Yet, Tangier is small enough that with good feet, enough hours and some self-discipline, you could go everywhere worth going in a day. Since I have a week, I can slow down and explore more thoroughly.
The medina is more charming than the ones I saw in Rabat and Casablanca, though its shopkeepers are a little more aggressive. 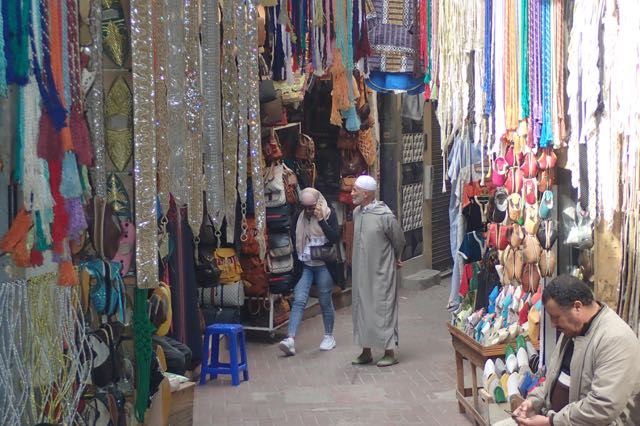 We wind our way up the hill from the corniche through a bab (ancient arched gate in the old walls) into a maze of winding alleys of hanging slippers, leather handbags, djellabas, scarves, and plates. It’s so easy to get lost, and so hard to retrace one’s steps when one wants to revisit a store seen earlier. But that’s the fun of the medinas. Eventually we stumble onto an exit. We reorient ourselves and then dive back in, foolishly believing that we will do better this time.

Today I found myself in front of a store I visited 2 days ago with Yvonne. It was neither where I remembered, nor did it look familiar; I only knew it was the same place because the shopkeeper and I recognized each other.

That first time in the medina, Yvonne and I had been escorted from the shop of a laid-back vendor and his gorgeous Berber jewelry, daggers, and bejeweled chests to his “cousin” who had some beautiful carpets.

His cousin was NOT laid-back. He cajoled us, gave us tea, prodded, manipulated, pleaded, and basically did everything within his power to try to sell us an overpriced, though beautiful, Kilim carpet. We stumbled out exhausted, but educated– both about carpets and about how hard we will have to work to avoid getting hooked again.

I have felt that we are in Medina Boot Camp. Tangier is the final stop before Marrakesh, the overwhelming mother of all medinas. We have learned to just ignore the constant calls of “Spanish? Francais? English?” and “Come look in my shop, you can just take a look!” 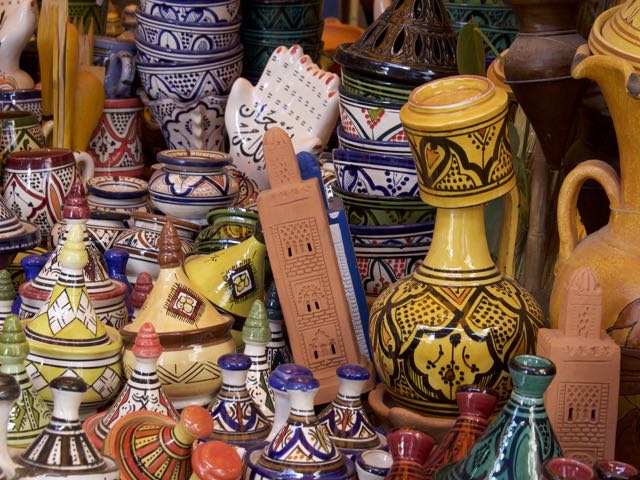 We know how to say “no, thank you” in Arabic when the “touts” walk up to us with an offer of something we don’t want; and when that fails, just plain “no. NO.”  We are still struggling to tell the difference between someone who is offering to direct us somewhere out of kindness and someone who will ask for money (hint: The latter is often someone who offers help without our asking).

This all sounds horrible in the telling but it’s actually a lot of fun, if tiring. And there really are some beautiful items which can be had for so little if you know what you want and what you should be paying.

I have never seen so many barber shops in one town as I have seen here in Tangier. Which is good I guess, because I need a haircut.